The German Language Round Table group had the pleasure of welcoming Ms Sonja Griegoschewski the Director of the Goethe-Institut Australia to a Round Table meeting on Thursday 21st July. The group discussed avenues of support and collaboration with the Goethe-Institut to bring German films and culture to Western Australia. The planning of a number of new German film events for both school children and adults is underway with a German Film Workgroup set up to take charge of the task.

The Richard Wagner Society of WA celebrated the 30th anniversary of its foundation with a gala event on Sunday 24th July at the University of Western Australia School of Music. The Honorary Consul, Torsten Ketelsen, attended the event at which distinguished conductor Simone Young gave a special presentation. Among other topics, Simone spoke about her decade as Music Director and General Director of Hamburg Opera. 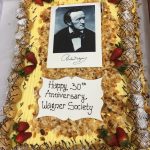 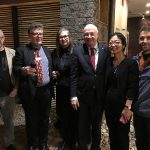 The West Australian Academy of Performing Arts (WAAPPA) hosted a function to welcome four prominent German music academics working in networking performance. The Honorary Consul, Torsten Ketelsen, attended the event on Tuesday July 19th to celebrate the arrival of the German musicians and meet the WAAPA Research team. The event was supported by Universities Australia and the German Academic Exchange Service (DADD).

The Honorary Consul, Mr Torsten Ketelsen, attended the In Unison 2016 Business After Hours event at Picton Press Pty Ltd on 14th July 2016. Guests at the event had the opportunity to see the revolutionary new printing press machinery from Germany at the Picton Press Pty Ltd premises in West Perth. An impressive example of cooperation and investment between Germany and Western Australia. 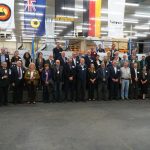 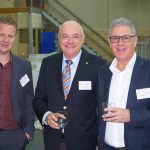 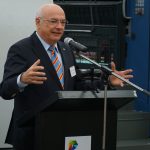